The Lord-Lieutenant of Surrey visits College for Founders' Day

Students and staff welcomed The Lord-Lieutenant of Surrey Mr Michael More-Molyneux  and his wife to Christ's College to help celebrate Founder's Day.

Every year on the 23rd of June, the college celebrates the day that the Duke of Edinburgh came to officially open our new building in 2009.  Students took part in a special assembly and as with most celebrations got  the chance to eat some cake too.

Founders’ Day is celebrated each year to show appreciation for all the people who founded (established) our school. So many people contributed to the build, from Lord Ron Dearing and members of Prime Minister Gordon Brown’s cabinet, to the school’ governors and staff. The new premises were built on the previous school’s playing field.

Following Prince Phillip, The Duke of Edinburgh’s death on 9th April 2021, his son, Prince Edward, The Earl of Wessex has taken over many of his roles and on Wednesday  5th May 2021  he visited College too following in his fathers footsteps. 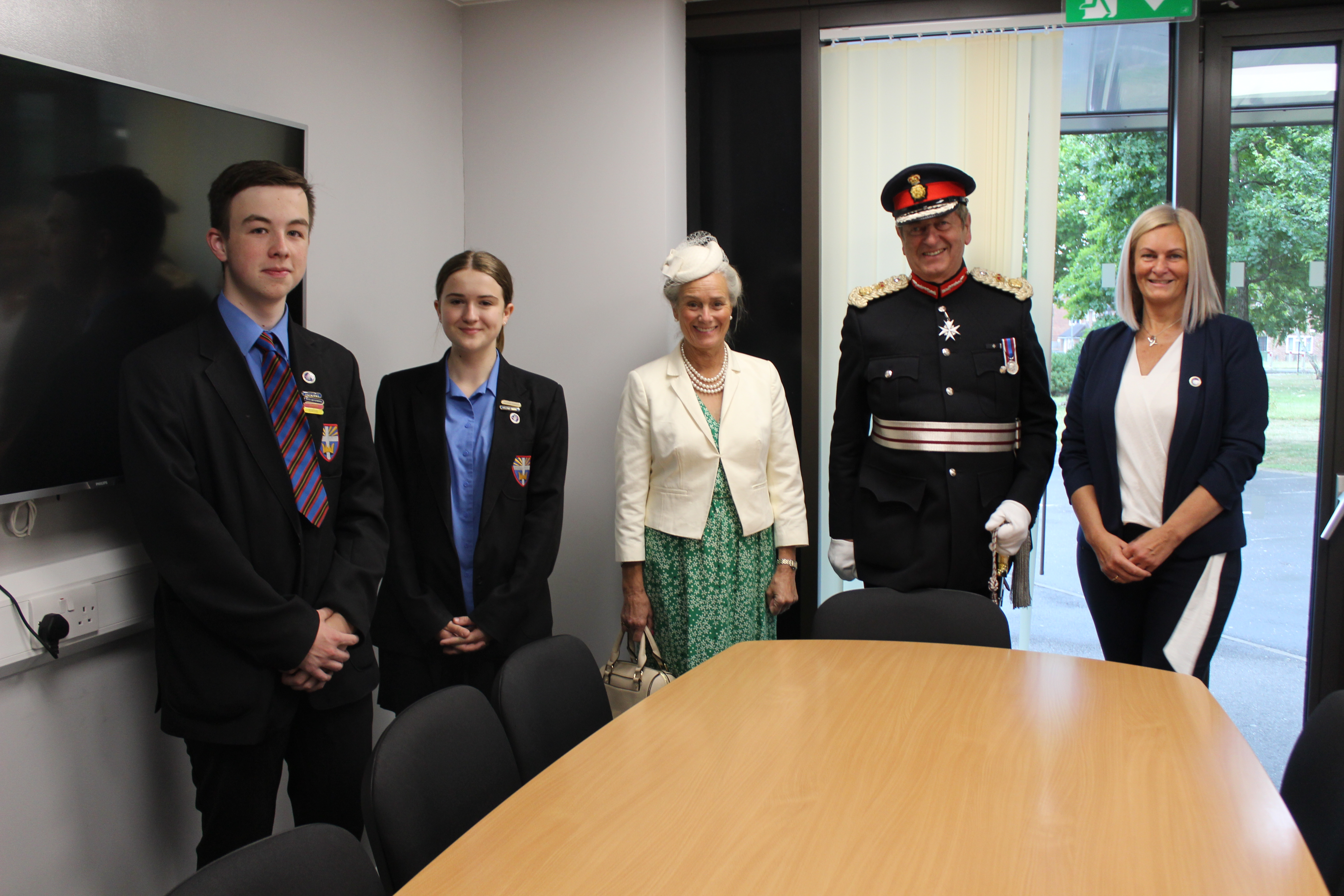