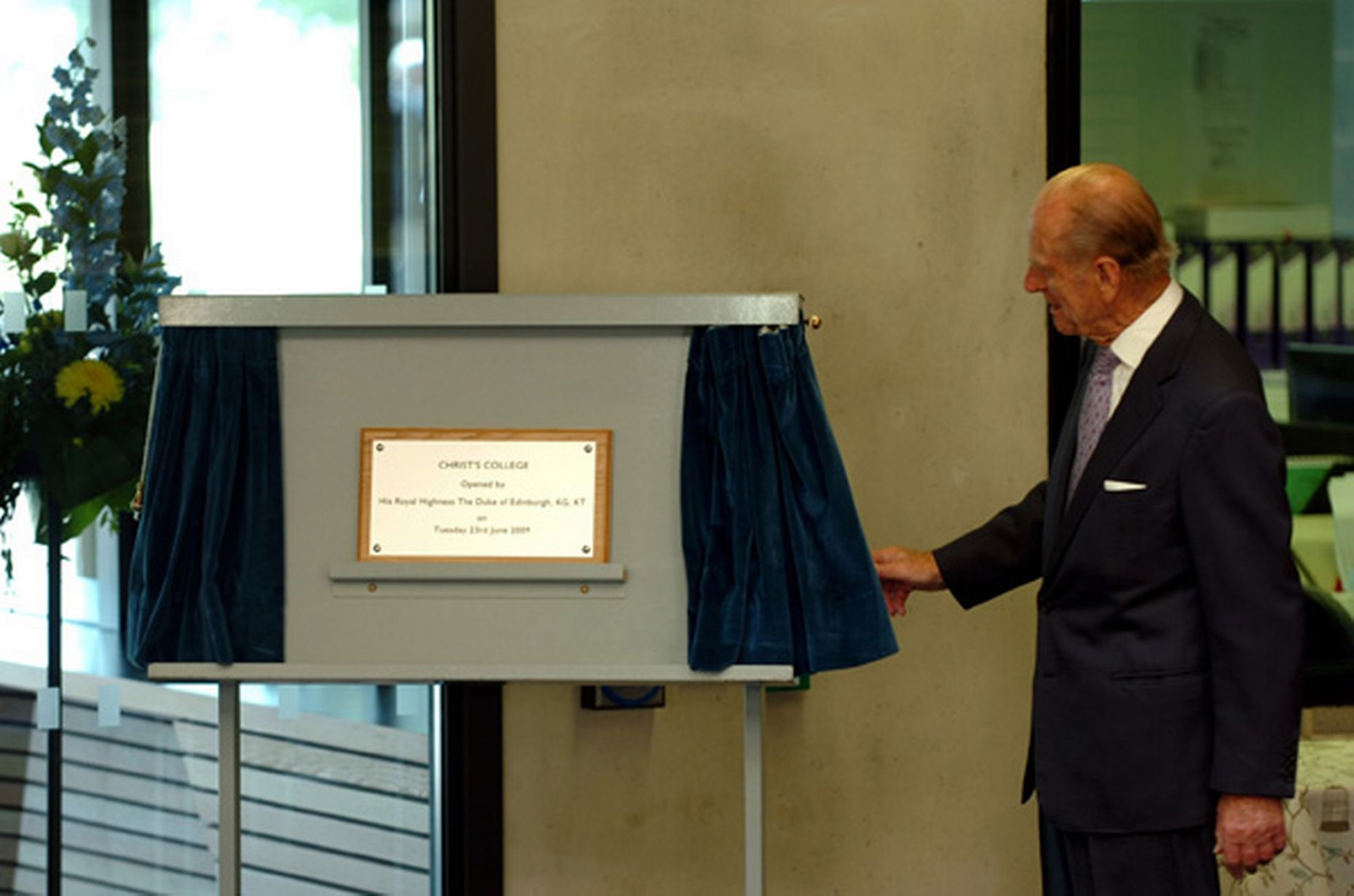 On 23rd June 2009, The Duke of Edinburgh came to our school to officially open our new building and this date is celebrated ever since as Founders’ Day.

A great many people contributed to the building of our current school, which was built on the previous school's playing fields.  From Lord Ron Dearing and members of Prime Minister Gordon Brown’s cabinet, to the school’s governors and staff.

The Christ’s College building won many awards when it was built.

The whole College community couldn't wait to be in their new home and enjoy all the fantastic new facilities. The building officially became the heart of Christ’s College Guildford.

Following Prince Phillip, Duke of Edinburgh’s death on 9th April 2021, his son, HRH The Earl of Wessex, took over many of his fathers roles and was keen to visit our school following in his father’s footsteps.  So on Wednesday 5th May 2021, Prince Edward also visited our school.   Like his father, he met our Student Leadership Team, lots of our Year 7 students and Year 9's taking part in some Duke of Edinburgh Awards as well as watching students perform in the Duke of Edinburgh Theatre.

To celebrate Founders’ Day 2021, after taking part in an assembly, each member of the College community will get to enjoy a piece of our College birthday cake.